The toughest part about being a spy is that you can’t trust anyone. In this episode, Zhong Li and her team are forced to confront their fears as the bonds of friendship are tested by the reality of the spy world. 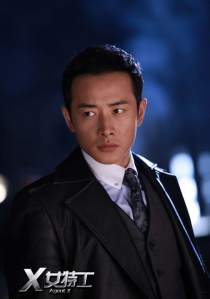 At the secret training facility, the squads are faced off with each other. Zhong Li and a guy are fighting and he is not using all of his strength, because he’s afraid to hurt Zhong Li. She warns him that he can’t be so nice to girls, because they often times will use their weakness to their strength and fool him. He retorts that as a guy, he can’t possibly hurt a girl. She flashes back to the GUY (Luo Jin) and mutters that she knows a guy that will never show any kindness to a girl

She walks away with a wistful look on her face, and her team mate teases her that she’s fallen for the guy, which is completely forbidden. She says no, of course not, she thinking about the guy who caught her last time.  She keeps dreaming about him. Her friend asks her coyly if she’s fallen in love with him. She glares and says no, he’s her opponent and rival, she would kill him next time. 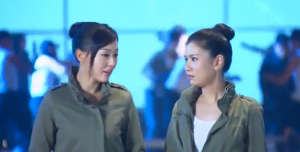 As the training progresses, Zhong Li’s superior, Commander He  reports to the Director of the base. Zhong Li’s group henceforth known as the 2nd group has three girls, Zhong Li, Liu Yi Fei, and Tang Rei Ling.  Based on the performance of all the groups last month, Liu Yi Fei scored best on everything. She’s the perfect spy in every sense. The Director asks, what of Zhong Li. The teacher says that her scores are sporatic. She does well in field training but she’s a terrible liar and she’s horrible at play acting ie fake relationships. The director says that they need to kill her. The teacher blanches and says that Zhong Li is a hero. The director replies that a hero she may be for completing one sucessful mission but she’s reckless and a danger to her own team. If they lose her to the enemy then she would be a bomb. They need dependable people who can take orders. She must die.

Tan Rei Lin on the other hand was terrible at everything, does the director want to off her? The director turns around and says that Tang Rei Lin has potential, they will put her observation for now. Later he calls Tang Rei Lin into his office, she thinks he’s called her to fire her but in reality he gave her a box of cookies. He tells her that eating cookies will make her feel better when she is afraid. Whenever she’s scared, she should think of something like cookies to make her feel better. 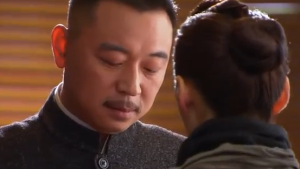 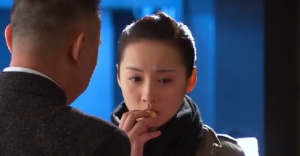 Commander Sun, another of Zhong Li’s teacher and the Directors girlfriend overhears that the Director has singled out Tang Rei Lin and given her cookies. She’s unsettled by the turn of events. She goes to see group two and hears Zhong Li praising Tang Rei Lin being a very girly girl, one that appeals to all guys. Commander Sun decides to take the matters into her own hands. She puls Liu Yi Fei aside and tells her that she and Zhong Li have really good scores, but they are being pulled down by Tang Rei Lin. If things progress like this her future will be ruined and she will be sent to the island as a prison guard, unable to leave and do work for her country. Liu Yi Fei is very competitive and can’t bear the prospect. She begs Commander Sun to help her. But commander Sun laughs and says, ” what can I do? The only thing that could help you out in this kind of situation is if something were to happen to Tang Rei Lin” With that, the wheels begin to turn in Tang Rei Lin’s head. 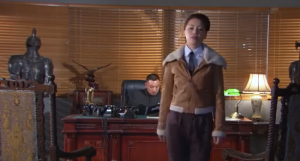 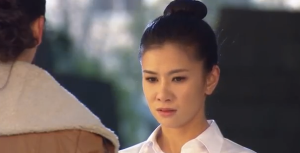 Commander Sun pushes up the schedule of the groups training purposely and the next day the groups are made to go out into the forest and reach a certain destination by a certain time. Tang Rei Lin is slower than Zhong Li and Liu Yi Fei and also sprains her ankle in the process. Liu Yi Fei gets more and more angry at Tang Rei Lin for always slowing them down.  Zhong Li and Liu Yi Fei reaches a cliff which they realize that they have to go around to get to their destination. Tang Rei Lin, unaware of the danger of the cliff, barrels headlong into it and falls, only to hang over the edge by a branch, screaming for her life. Liu Yi Fei hears and runs over. She stops as she watches Tang Rei Lin struggle, remembering Commander Sun’s words. But she couldn’t Liu Yi Fei fall and goes for her. In doing so, she too falls and hangs from the branch. Zhong Li finds them, and pulls them up. They tell her to let go before she also falls, but she screams No. They are sisters, if they live, then they live together, if they die, then they should die together a well. She’s able to pull them up, but they get last place in the exercise. And Commander Sun’s plans are foiled. 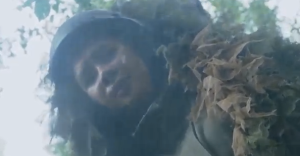 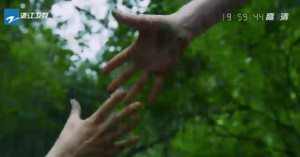 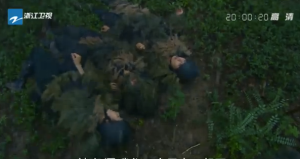 A new mission has arisen. An agreement between the British and Pan Shi Jun, a head honcho who would threaten the plans of the Guo Min Dang if his agreement comes into fruition. This means that the Director must get his hands on a copy of the agreement and see what information is on there. For this mission, Liu Yi Fei is chosen. She must get close to Pan Shi Jun’s secretary, Li Da Shan, a man who is punctual, cunning, and very married. 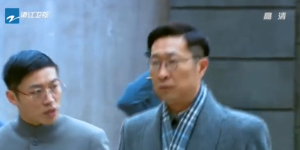 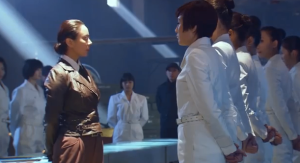 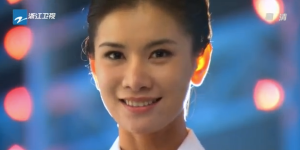 Liu Yi Fei learns of his schedule and bumps into him at his usual tea shop. He takes interest in her, she’s pretending to be a lost tourist. It’s raining and he pities her, taking her home and letting her get dry. He hands her a couple of tea and she takes a drink. Too late does she realized that he’s drugged it. He smirks at her and says that she’s too much a rookie to make so many mistakes. If she was a tourist from out of town, why did she have such a small suitcase  If she got lost from buy a bad map, why was her map two years old? It’s nearly impossible to buy a map that old any more. She was probably looking to find a way to drug him and then try to take pictures of something she had that was important. 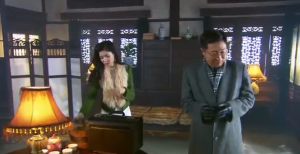 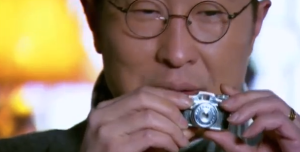 Liu Yi Fei is drugged out of her mind, and he smiles, saying that he’s going to take some pictures of her now as a momento, but don’t worry, he’s not interested in her. She returns to camp. Humiliated and angry. Zhong Li is mad for her friend and also she wants to redeem group 2’s reputation. She volunteers herself to get the agreement from the british. 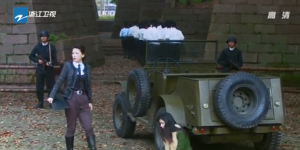 Thoughts: Sorry it took me this long to post this. I’ve caught a stomach bug and spent the entire day sleeping. That being said, I enjoyed this episode because I got to see more of the other characters fleshed out. I’m still too wobbly to write more but I’m excited to see Zhong Li and He Jun Fei’s interaction in the next episode!

Let me know what you think about this series~