February 10, 2012 By dramatictealeaves in Schemes of a Beauty Recap 1 Comment

I love smart heroines. They get it without kicking up a fuss and taking half of their lives to figure out what’s going on.

The episode opens with five girls going to the Kingdom of Dai, to be concubines to the King of Dai, Liu Heng. One of them is Du Yun Xi (who is now known as Dou Yi Fang). Xue Yuan, whose face no long looks sunburnt, is assigned as her maid. Yun Xi/Yi Fang reflects back and we learn that the Dowager Empress found Yi Fang too smart to kill. It would be a waste. Instead, she was going to the Kingdom of Dai to spy for the Dowager Empress. Liu Heng is the brother of the current emperor, and is a potential threat to the thrown, especially because he and his mother are smart. The Dowager makes sure that Yi Fang will do what she’s bid by keeping Shen Er in the palace. If anything goes wrong, Shen Er will die. 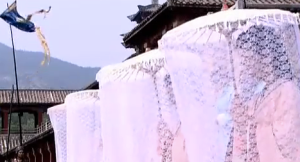 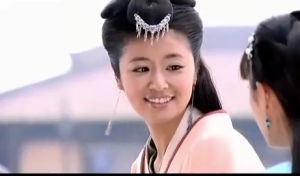 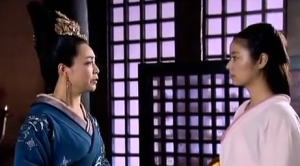 The five concubines to be stop for the night and we find that some of the girls pretty bitchy and ambitious. That night Xue Yuan tells Yi Fang that she’s also one of the Dowagers’ people. Yi Fang, not recognizing Xue Yuan as the ugly palace maid from before feels as if she has no choice but to do what the Dowager bids. Just then, they hear that a fire has started in the Inn. Xue Yuan, with her excellent kung fu wants to get her mistress out as fast as possible. Yi Fang says to wait, the inn is cold and damp, even the bedding is damp, how could a fire start? It must be the Dai general and his people trying to flush out anyone who has kung fu (therefore, a threat and possible spy). No sooner after she says this, they find one of the girls being held by soldiers, she had tried to escape. 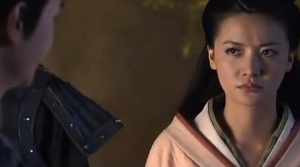 Next morning, the girl who was caught last night, on the pretense of being friends with Yi Fang, gives her some cosmetics. Yi Fang accepts, but pours it out. She guessed that it was poison, and she was right. Yi Fang guesses that the poison wasn’t originally from the girl, but from Zhou Ya Fu (Mickey He) who wants to take out the spy in their midsts 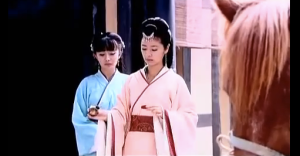 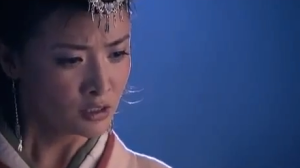 Yi Fang finds out that the girl who tried to kill her really just wanted to go home. She lived in a country close to Dai and Yi Fang advises her to run. Zhou Ya Fu finds that the girl has escaped and brings her back, she slaps Yi Fang and tells her that when she becomes concubine, Yi Fang will suffer. They arrive at the Kingdom of Dai and we learn that one of the girls, Zi Ran,  is actually a spy for Dai, and the sister of Zhou Ya Fu. Bo Ji (mother of Liu Heng and Empress Dowager of Dai) has always loved Zi Ran and wants her to be the new Empress. 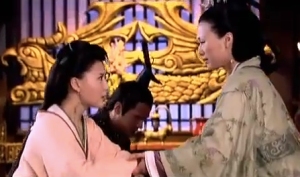 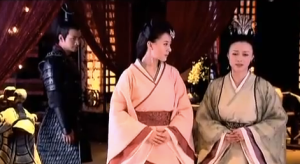 Liu Heng meets the girls and it seems that he has his play boy persona on. He randomly picks one of the girls and gives her the title of Wife and the other four were given the title of Beauty. (Wife is a higher rank than Beauty). Yi Fang is situated and Xue Yuan reminds her that they have to go visit the Empress, who is also the Dowager Lu’s spy. Yi Fang convinces all the other concubines to go with her, so as to not rouse suspicion. They are turned away, and Yi Fan hears mysterious singing after they leave. She knows that beneath the calm of the Dai Palace, it’s complicated. Xue Yuan and Yi Fang hear the Prince of Dai (Liu Heng) laughing outside with his concubines. Xue Yuan is mad at his indiscretion but Yi Fang deduces that he’s just acting, that he has to act like this. She predicts that he’ll come and visit her soon. 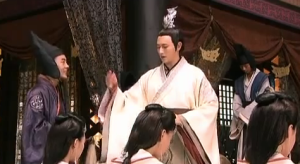 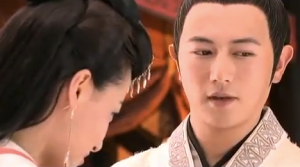 Yi Fang makes Xue Yuan give her medicine that makes her sick. When Liu Heng comes to visit Yi Fang, she is weak and sick and says that she has always been like this, she asks him to leave and visit when she is well. Liu Heng leaves to let her rest. Yi Fang explains to Xue Yuan that he’s only visitin out of duty, not because he wants to. If they are to learn anything off him, he has to come willingly. Days later, Yi Fang figures out Liu Heng’s daily walk and bumps into him. 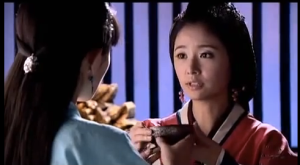 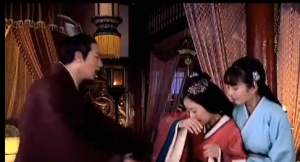 Liu Heng and Yi Fang have a sit down. He wants to know why she faked illness, and she explains that because she is from Dowager Liu, she will always be suspect of being a spy. Furthermore, by being close to the Prince of Dai, her chances of being in danger increases. He asks her to come near him and holds out his hand. He tells her that if she says yes, he’ll love and protect her, and make sure that no harm comes to her. If she doesn’t want to be with him, he can leave and never bother her again, giving her peace and safety as well. He’s never met any beauty that he wanted to remember, but he wants to remember her. She smiles and gives him her other hand. 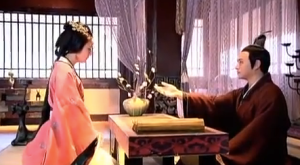 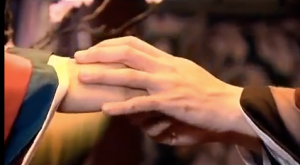 She should have been a general. She’s a master tactician and made the prince notice her and give her attention that none of the other women received. What do you guys think?